The floods of 2016 may have disappeared from news headlines, but communities all across Louisiana continue to rebuild.

The United Methodist Church has continued to respond and has uniquely positioned itself to help flood survivors from Monroe to Baton Rouge, Denham Springs to Lafayette and anywhere the church is called to help.

"The United Methodist Church is known to be the last ones to leave," says Bishop Cynthia Fierro Harvey. "We will be here as long as we have money to help and to provide recovery. The recovery that the church provides is the recovery for those who have exhausted all other resources."

The web site (www.LouisianaDisasterResponse.com) serves as a portal for those who wish to give financially to the relief efforts or volunteer to help in the rebuilding.

The Need is Great


In March of 2017, most of the parishes in North and South Louisiana were slammed with up to 11 inches of rain, causing rivers to swell and thousands of homes to flood.

As the state moved forward to recover from the disaster, in August of this year, much of South Louisiana received record amounts of rain in two days—an estimated six TRILLION gallons of water. The swollen bodies of water topped their banks once again, and some homeowners flooded for the second time in six months. 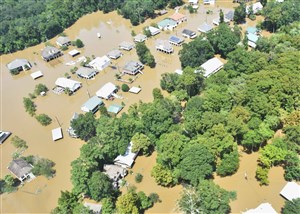 The statistics from the Floods of 2016 are staggering. An estimated 90 percent of the homes in the Denham Springs area flooded. There are 60,000 FEMA applicants in East Baton Rouge parish, alone.

Bishop Cynthia Fierro Harvey wonders what Louisiana’s Annual Conference will look like following this event. “The reality is we have churches in areas of great impact that are wondering if their people will come back. We know after Hurricane Katrina some people never returned to New Orleans. I’m praying that won’t happen with this event, but that is why it’s critical for us to provide a sense of place and get folks back home.”

The devastation is hard to imagine. According to Debra T. Davis, Ph.D., who is serving the Louisiana Conference as the new Disaster Response Director, the Conference is in the recovery for the “long haul.” “It is not a sprint, it’s a marathon,” said Davis, who is responsible for the coordination of the overall response to the spring floods and the August 2016 floods that devastated Louisiana.

According to Habitat for Humanity, it takes an average of $30,000 to refurbish a 1,500 square foot home that took on between 2-3 feet of water.

Although many Louisiana homeowners are progressing in restoring their properties, there are a large group of Louisianians who will need substantial help getting back into their homes. Case management comes will play a large role when determining who is eligible to apply for assistance. Whether or not a homeowner had flood insurance; has received money from FEMA; has been a good steward of the monies received (spent the funds on home repair); or has other resources all come into play when choosing clients to help. “In addition, if you are disabled, elderly, have a chronic illness or in a lower income bracket, you move higher on the list of folks selected to help. We truly will be focusing on helping ‘the least, the last and the lost.’”

Currently, the Louisiana Conference Disaster Response efforts is working with funds obtained through United Methodist Committee on Relief grants and donations from individuals, churches and other United Methodist conferences. In addressing the devastation caused by the spring floods, the response is working with $330,000 from UMCOR and more than $72,000 collected during offerings and donations through the Louisiana Conference. “We are targeting specific parts of North and even parts of South Louisiana that were affected."

The August floods, which impacted more homes, will be addressed with a budget that combines $510,000 from UMCOR and more than $537,000 donated by conferences, individuals and churches.

More funds will be needed to complete this vital response effort. 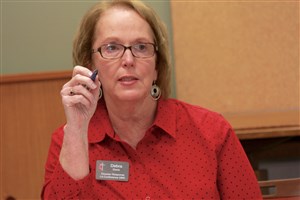 “The United Methodist Foundation of Louisiana has graciously provided funding for the hiring of Lisa Gibbs, an experienced grant writer. Some of the grants Lisa has worked on will help to pay for much needed supplies. One grant will hopefully provide a 15-passenger van to use in the rebuilding process,” said Davis.

Funding is needed to not only complete the task but to continue and address the needs of flood survivors in the months and years ahead. With that said, the Louisiana Conference Disaster Response is counting on the continued generosity of others.

How You Can Help

Without the labor power provided by volunteer construction and assistance teams, it will be impossible to complete the tremendous amount of work needed to get people back into their flooded homes.

Just as important are the financial gifts from individuals, churches, United Methodist conferences and others that will help pay for needed materials for each rebuild.

“Gifts of money are critical to drive the response. We do not, however, have a way to use donations of materials. Because of the two flooding periods, warehouse space is currently at a minimum. And getting the right materials to the right job site is a tremendous challenge. It is more helpful if we can purchase needed supplies with the use of financial gifts,” said Debra T. Davis, Ph.D., who is serving the Louisiana Conference as the new Disaster Response Director.

“These are more than just houses!” says Bishop Cynthia Fierro Harvey. “The word ‘home’ is really important right now as people just simply don’t have a sense of place and having a sense of place is part of our DNA as human beings. So, this work is just incredibly important and critical to the value of people, and in a larger sense, community.”

So, how can you help as a hands-on volunteer?

If you are an individual, approach your church’s Mission Coordinator to form a team. Perhaps your Sunday school class or small group would like to volunteer by forming a disaster response team. “Don’t hesitate to volunteer if you don’t know much about construction—there is skills training onsite,” said Davis.

There is a small financial commitment for each response volunteer. Each person is asked to provide $15 per night to stay with a host church. In addition, teams are asked to provide $100 per member for materials to be used at the job site. “Although teams are needed in every area of the state affected by flooding, we are especially in need of groups to work in the Monroe and Leesville areas that have been affected by the spring floods,” said Davis.


Because the response is so expansive, the Louisiana Annual Conference Disaster Response Team is reaching out and teaming up with community partners to complete the work as quickly and efficiently as possible. “We asked the question, ‘How can we leverage resources to be successful?,’” said Debra T. Davis, Ph.D., who is serving the Louisiana Conference as the new Disaster Response Director. 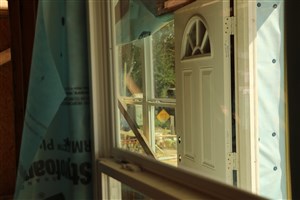 As a result, the Conference will be partnering with Habitat for Humanity in a campaign known as “Windows, Doors and Floors”.

This partnership will spearhead tackling the work in parishes affected by the August floods (East Baton Rouge, Ascension and Livingston parishes). “The Conference disaster response will also partner with Habitat in the Monroe area, which was deeply affected by spring flooding,” said Davis.

Bishop Cynthia Fierro Harvey says loving your neighbor has taken on a whole new meaning in Louisiana. “Creativity is birthed in tension,” she says. “I think we’ve reached some really unique and creative ways of being God’s people. These partnerships allow us to stretch our resources, both financially and human ability, to be able to respond in a way that fundamentally involves other people in the community.”

The Conference response will also team up with the United Way and other partners in the Acadiana area, which suffered devastating damage during to the August flooding event.

According to Davis, in every community that has been affected, long-term recovery groups and organizations sitting around “unmet needs” tables will fill in the “gaps” for folks needing additional help.

“We can do more together. Partnering is the big push everywhere these days because of economics. Disasters abound, and it seems practically every area of the country is dealing with the own devastation. In the United Methodist Church, we are called to be in partnership with our communities, with other churches and other denominations to make a difference. To serve as the hands and feet of Christ!,” said Davis.

Once clients have been vetted, at each rebuild, the Habitat site supervisor and a construction supervisor will be sure that licenses and permits are applied for and received. Then Habitat will oversee all electrical, plumbing and roofing work. The part completed by United Methodist volunteers will include stabilizing floors and installing doors and windows. Habitat for Humanity will then finish floating sheetrock, hang cabinets and complete carpentry work. College and youth teams will come in behind to finish painting the refurbished homes.

If you feel compelled to help the Louisiana Conference of the United Methodist Church, please visit our web site: www.LouisianaDisasterResponse.com
CONNECT WITH US