St. Charles United Methodist Church in Destrehan recently found a unique way to serve Hope Services, one of several ministries in Africa assisted by the New Orleans area congregation. Hope Services is a faith-based clinic and hospital for women and children in Cameroon, West Africa.

Several months ago, East Jefferson General Hospital in Metairie contacted one of the members of St. Charles UMC with the news that the hospital was willing to donate some used medical equipment. “The items were still in good condition, and included five newborn incubators, four stretchers and some other miscellaneous items,” said Rev. Tim Lawson, pastor.

Not knowing if the equipment could even be used, the church member accepted the hospital’s offer and recruited church volunteers with trucks to pick up the items. “For a while, the medical equipment was stored in a garage and a dining room for safekeeping,” said Jim Miller, Missions Chairperson for St. Charles UMC.

Ironically, a few weeks later, the church discovered that Hope Services had been given a grant to build a new neonatal unit onto their clinic, but had no equipment to make it functional. It seemed that prayers had been answered and that the medical items had found a new home—but the church had to come up with a way to ship the equipment to Cameroon.

Hope Outreach International Ministries, also located in Cameroon, came to the rescue. “Hope Outreach periodically ships supplies to Cameroon, and an overseas container that could carry the medical equipment was obtained to ship out of Baton Rouge along with the other supplies,” said Miller. 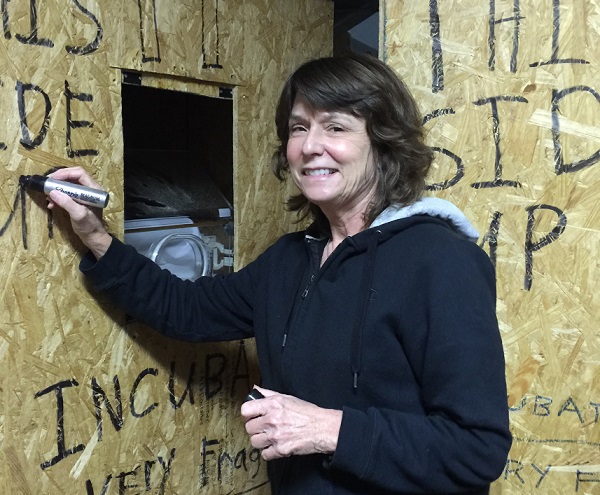 Volunteers from St. Charles UMC stepped in once more, planning and completing the necessary crating of the equipment for safe transport. “Once again, we saw our Lord’s provision when a church member asked his boss if their employees and trucks could bring the items to Baton Rouge to be loaded into the container,” said Miller.

The members of St. Charles UMC are excited about this most recent missional effort and the impact it will have on the work of Hope Services, founded by Esther Ndichafah. The church’s relationship began with Hope Services when Ndichafah was in the United States attending a Kairos prison ministry weekend. She became friends with one of the members of St. Charles, and for more than 10 years now, the church has supported this vital outreach which provides food, clothing, funds for education, aid to orphans and help to those who are incarcerated.

St. Charles UMC’s outreach to Hope Services is only one of a number the church’s missional efforts which include a local food pantry, participation in KAIROS, a “sister” church relationship in Cuba, a Mexican Methodist border ministry and three different African Christian outreach ministries.
CONNECT WITH US