Carrollton United Methodist Church sits at the corner of Freret and South Carrollton Avenues, under beautiful oak trees and amidst the hustle and bustle of the city of New Orleans. In addition to supporting the ministries of The Wesley Foundations of Tulane and Loyola Universities, the congregation has recently joined forces with two significant ministry efforts--Lindy’s Place and Nikki’s Blankets NOLA.

Lindy’s Place, started by former U.S. Representative Lindy Boggs, assists homeless women in their attempts to break the cycles of unemployment and poverty by empowering them to become emotionally and economically self-sufficient. Located in the Central City area of New Orleans, the facility houses women who have completed drug or alcohol rehabilitation, giving them shelter for six months to a year. During that time, the residents receive mentoring and therapy, are placed back in the work force and establish savings accounts to maximize their success when they launch back into the world outside the walls of Lindy’s Place.

“The members of Carrollton UMC collect kitchen supplies for these women so that they will not have to outfit their new homes entirely on their own,” said Rev. Dan Lund, pastor. “When they venture out, we present the  ‘graduates’ of the program with a ‘Lindy’s Box’ containing the kitchen items.”

A second ministry, Nikki’s Blankets, actually began in Orlando, Florida. A 12-year-old girl named Nikki had the yearly practice of asking for and receiving blankets from Santa. She would distribute these blankets to the homeless – and has been collecting blankets for the homeless ever since. Each year, the program delivers hundreds of donated blankets in an effort to keep homeless people warm during the winter months. Over the past six years, the project has provided blankets to more than 15,000 individuals around the country. 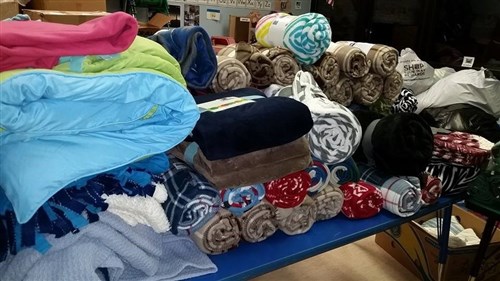 Dan Fowler, a regular attender at Carrollton UMC, just happens to be Nikki’s cousin. Fowler has involved the church in collecting and distributing blankets to members of the homeless population in New Orleans this winter. “Nikki’s Blankets NOLA is a means of showing what Godly love and community looks like to a group of individuals who are often told that they are forgotten--and reminds everyone who participates of our responsibility as Christians to our greater New Orleans family,” said Rev. Lund, who grew up as a member of  Carrollton UMC during the 1960s and ‘70s. 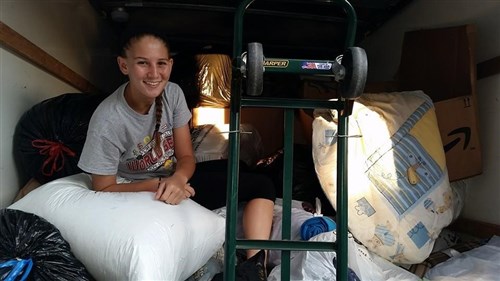 “This church – once one of the largest Methodist church in the New Orleans area – is now rebuilding itself. The growing congregation at Carrollton has a heart for worship and mission. Everything starts in worship, and the contemporary service each Sunday at 10:30 a.m. sets the stage for our members and guests alike to go out and serve those in need, down the street and across the globe,” said Rev. Lund, who is excited that the church is also planning a mission trip for next summer.
CONNECT WITH US