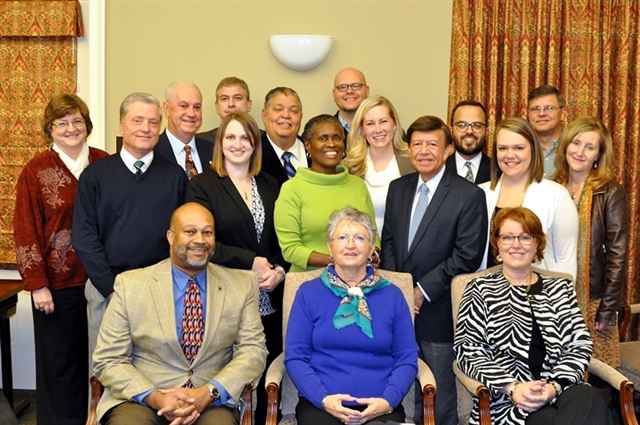 The Louisiana Conference delegation, in preparation for the 2016 General and Jurisdictional Conferences, held their second meeting Nov. 17 at the offices of the United Methodist Foundation of Louisiana in Baton Rouge.

The United Methodist denomination’s General Conference will be held May 10-20 in Portland, Oregon; the South Central Jurisdictional Conference is slated for July 13-16 in Wichita, Kansas.

After a morning of team building led by Dr. Craig Gilliam--director for the Conference Center for Pastoral Excellence--the delegation discussed the proposed Episcopal Candidacy process that the Louisiana delegation will utilize this quadrenium.

The delegation will meet again Feb. 28, 2015 at The Wesley Center in Woodworth.