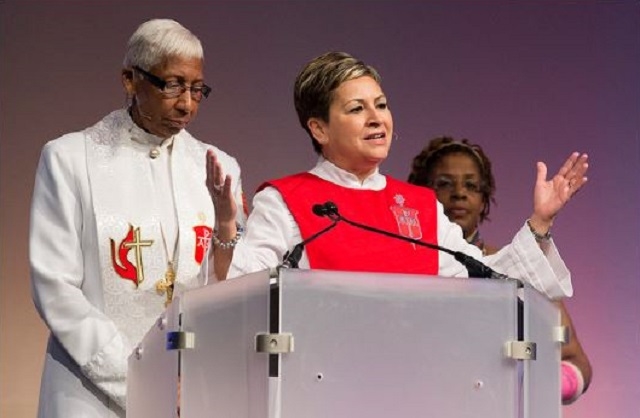 Keynote speaker for the Assembly was Hillary Clinton, who spoke for 45 minutes at the Saturday, April 26, morning worship service for the Assembly. United Methodist women have a great tradition of “rolling up our sleeves and taking the social gospel into the world,” said Clinton.

Twenty-six women from 18 conferences were consecrated as United Methodist deaconesses during the closing plenary worship of this 19th quadrennial Assembly. Deaconesses and their male counterparts, Home Missioners, are called by God to lay vocations of help and a lifetime relationship in The United Methodist Church. Their work “alleviates suffering; eradicates causes of injustice and all that robs life of dignity and worth; facilitates the development of full human potential; and shares in building global community through the church universal.”

Among those consecrated were Lee Anne Venable, Development Director for Habitat for Humanity in Baton Rouge, La., and Elizabeth Sevier Graham, Outreach Director for United Methodist Committee on Relief Sager Brown Depot in Baldwin, La., shown below with Bishop Harvey. 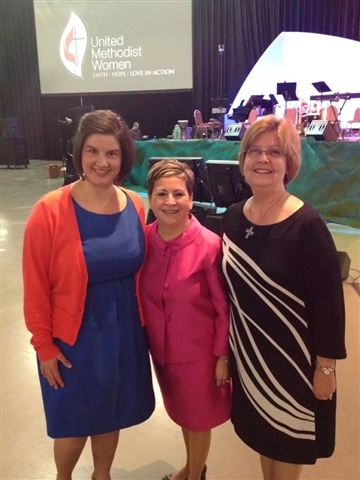 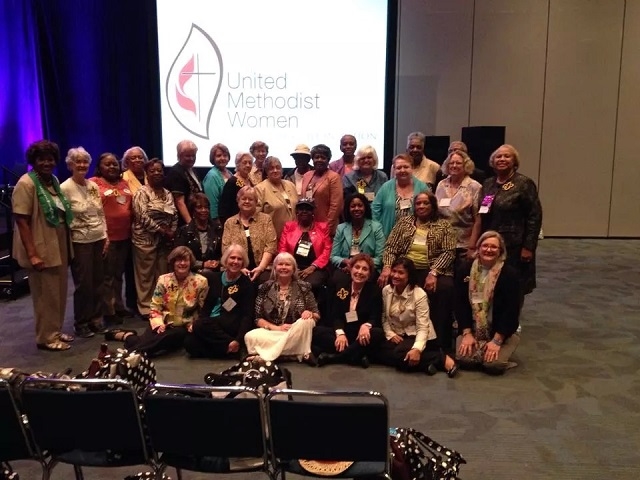