'Preparing for the Child' is a success 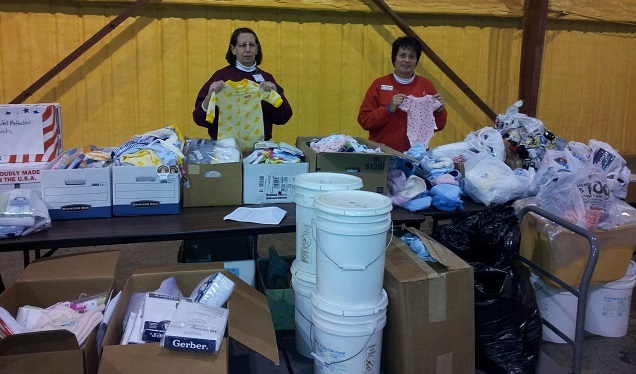 Throughout the season of Advent, United Methodist churches in the Louisiana Conference participated in "Preparing for the Child" by collecting items for layette kits for distribution through United Methodist Committee on Relief. Local churches served as collection sites for the items, which were delivered to or picked up by the UMCOR Sager Brown Depot in Baldwin, La. In addition to the items, a total of $2,620 was generated for the initiative through donations. Kathy Kraiza, executive director for the depot, wrote Bishop Harvey saying, “I wanted to express my thanks on behalf of UMCOR and especially UMCOR Sager Brown for the recent layette kit drive held throughout the Louisiana Conference! As always, I appreciate your continued support of UMCOR, UMCOR Relief Supplies and UMCOR Sager Brown!”