October 20, 2012 article in The Advocate on Bishop Fierro Harvey 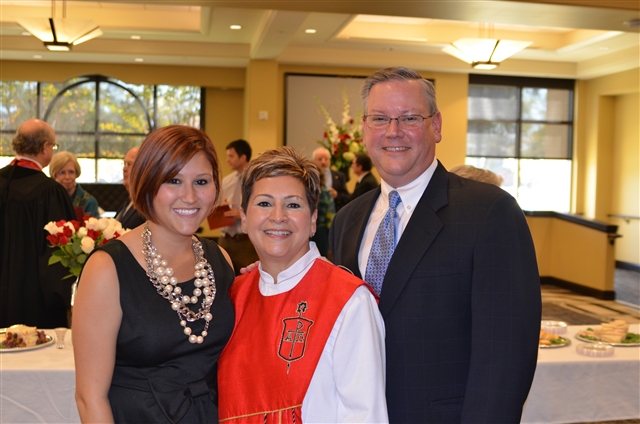 A Service of Installation for Bishop Cynthia Fierro Harvey was held at First United Methodist Church in Baton Rouge, La. on Oct. 20 at 11 a.m.
The church’s chancel choir, led by Lamar Drummonds, performed musical selections throughout the service. Choir of the Dawn, the children’s choir from Wesley UMC in Baton Rouge, sang “Got Me Some Angels” and a spiritual rendition of “Jesus Loves Me.”
The Rev. Ellen Alston, chair of the conference Episcopacy Committee and clergy leader of the conference delegation, introduced the bishop as George “Buzzy” Anding, chancellor for the Louisiana Conference, presented Bishop Harvey to the congregation for welcome. The Rev. Dan Krutz, executive director of the Louisiana Interchurch Council, brought greetings from the ecumenical community.
A reception was held following the service in First UMC’s conference center.
Bishop Fierro Harvey began her tenure as the Episcopal leader of the Louisiana Conference on Sept. 1. She was elected as a bishop in The United Methodist Church at the denomination’s South Central Jurisdictional meeting this past July in Oklahoma City, Oklahoma and appointed to the Louisiana area following her election. 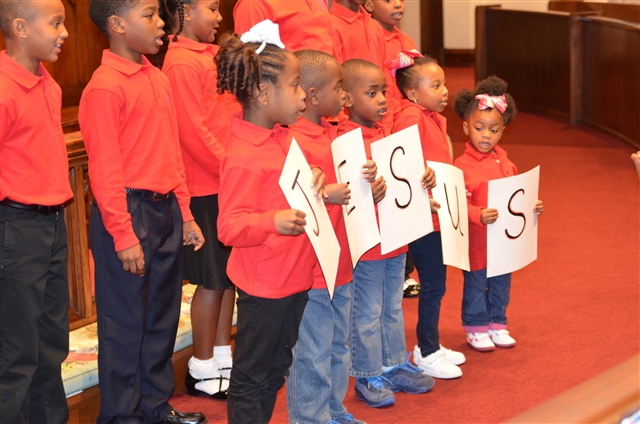 Her appointment just prior to her election was as the Deputy General Secretary (DGS) of the United Methodist Committee on Relief (UMCOR), the disaster response component of the church’s General Board of Global Ministries. In this position, she had oversight for programs that ranged in scope from international development and hospital revitalization to long-term disaster recovery and ministry with the poor.
“It has been a great privilege to serve the church as the DGS for UMCOR,” said Bishop Fierro Harvey. “It has prepared me in many ways to serve the larger United Methodist Church at this critical time in the life of our great church.”
A member of the Texas Annual Conference, Bishop Fierro Harvey was ordained an elder in 2001. She served as an associate at The Foundry in Houston as it developed a strong presence in the northwest sector of the city. She later served at the almost 7,000-member Memorial Drive UMC as the executive associate until 2008. She was then appointed to serve as the director of the conference’s Center for Missional Excellence and was a member of the Cabinet.
Before entering full-time ministry, Bishop Fierro Harvey was an active lay person in the United Methodist Church, serving on many committees at the local church, district, and annual conference level. She has a deep appreciation for the role and contribution of the laity. 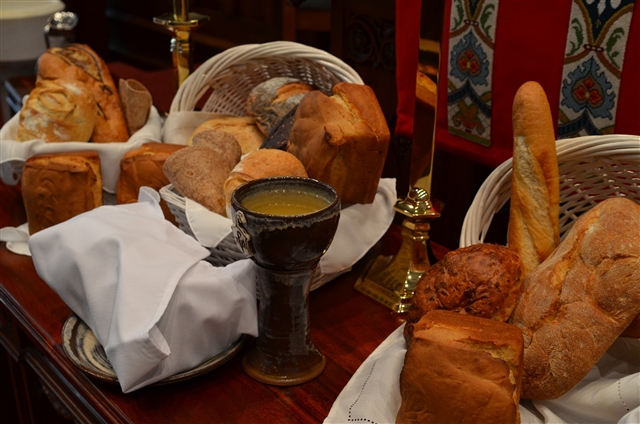 Bishop Fierro Harvey had a full career prior to ordination working in the area of marketing and communication.
A native of Big Spring, Texas, Bishop Fierro Harvey is fluent in Spanish and speaks what she describes as “survival” French. She is a graduate of The University of Texas at Austin with a degree in journalism and a specialization in public relations. She earned her Masters of Divinity from Southern Methodist University’s  Perkins School of Theology. She has been married to Dean Harvey for 31 years. Their daughter, Elizabeth Grace, is 22 years old and a senior at Baylor University.
CONNECT WITH US