Annual Conference is a wrap!

AC2016: Rooted and Grounded started out uniquely because instead of Sunday through Wednesday, the event ran from Wednesday to Saturday, June 8-11 when more than 1,000 United Methodists from throughout Louisiana gathered in the Gold Dome at Centenary College in Shreveport. 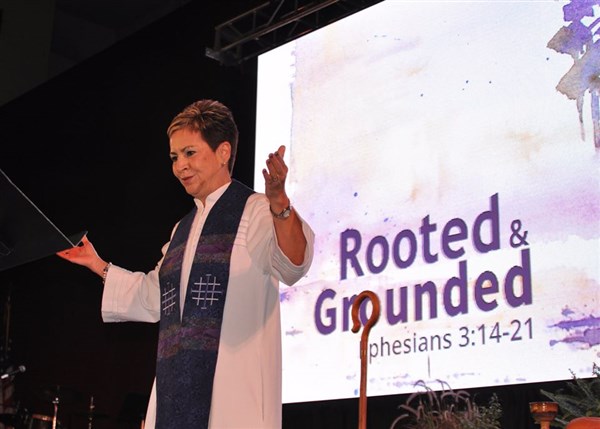 During her Episcopal Address delivered the morning of  June 9 during the Communion Service held in the Gold Dome, Bishop Cynthia Fierro Harvey told conference members, "Our lives are entangled. Life causes us to become entangled. I don't know of anyone I would rather be entangled with but you."

“It is because of our entanglement that we are stronger. It takes a different kind of leader to lead the church today. It takes an entrepreneurial leader that will not settle. Amazing things happen when we see things not as problems to be solved, but as opportunities to be seized,” added Bishop Harvey.

During the address, Bishop Harvey lifted up five of this year's Wesley Award winners. The awards spotlight ministries around our state that embody the DNA of The United Methodist Church in Louisiana, "leading others to abundant life in Christ, engaging the community in significant ways, telling the Gospel story in creative ways, and seeking to reach new people." The five winners featured in video and a list of additional Wesley Award winners can be found here. 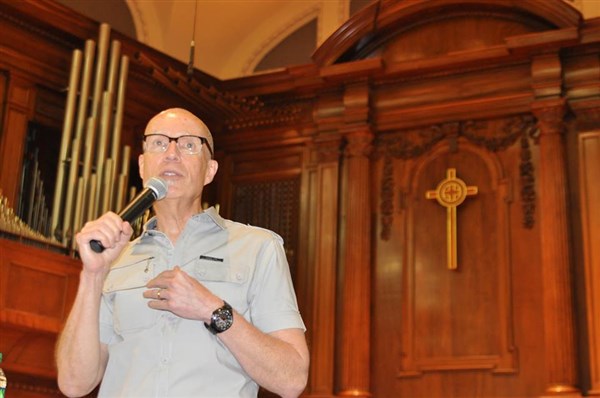 During Thursday morning's Laity Session held at First UMC in Shreveport, Rev. Mike Slaughter, lead pastor of Ginghamsburg UMC in Ohio and featured speaker for AC2016: Rooted and Grounded, told Conference Laity that they are his "heroes" and "she-roes." "Clergy get paid. You do this because you love Jesus," he said, getting a laugh from the audience. Slaughter also told AC2016 delegates during Thursday evening's worship in the Gold Dome, "Every miracle is part divine intervention and human responsibility. . . . Faith actions precede faith results. We have a part to play by acting on God's directive." 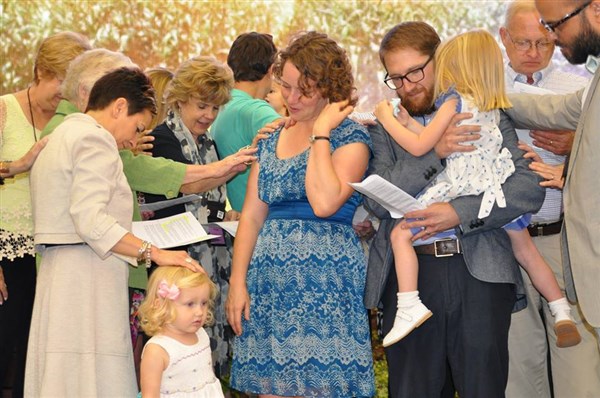 Family, friends and the Louisiana Annual Conference watched the afternoon of June 9 as David and Elizabeth McCormick were recognized as new missionaries of The United Methodist Church during AC2016. Those gathered in the Gold Dome prayed for the McCormicks, who will move to Mozambique with their daughters Eva, 4, and Annie, 2. On May 19, along with 27 others, the McCormicks were commissioned by the Church during the denomination’s 2016 General Conference, its legislature that meets every four years. The husband and wife team—who are members of Grace Community UMC in Shreveport—have been assigned to Mozambique at the Chicuque Rural Hospital. David will serve as administrator for the hospital and Elizabeth will serve as pharmacist for the medical facility.

During the Celebration of Ministry (Ordination Service) held the evening of June 10 at First UMC in Shreveport, Bishop Cynthia Fierro Harvey preached on the theme, “You Can Run, But You Cannot Hide.” 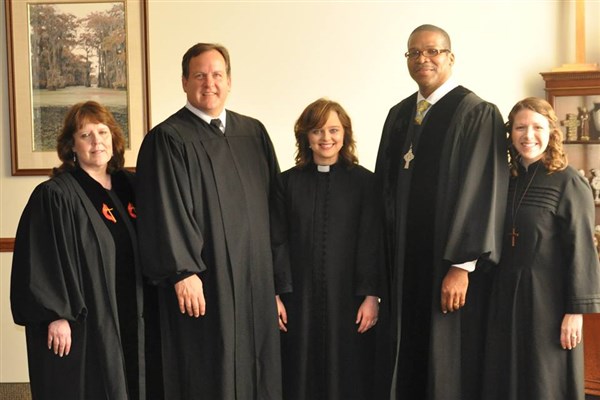 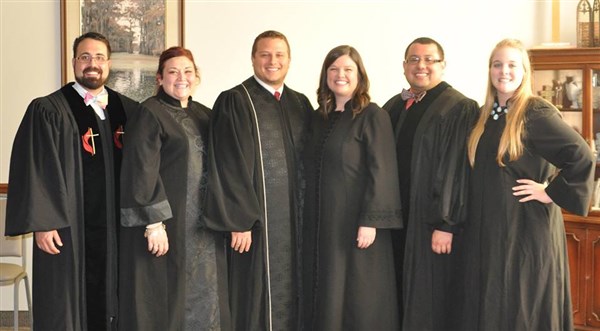 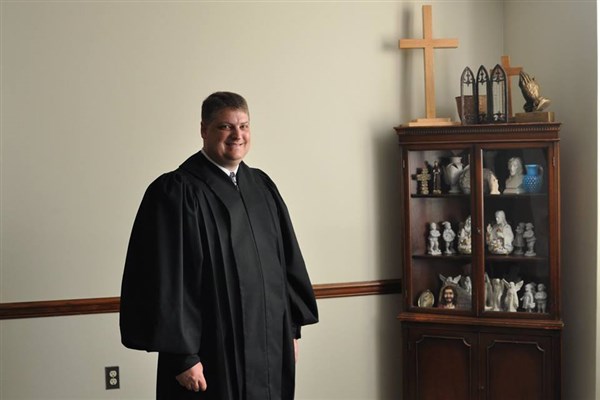 Kevin Dale Smith was recognized as an associate member of our conference. 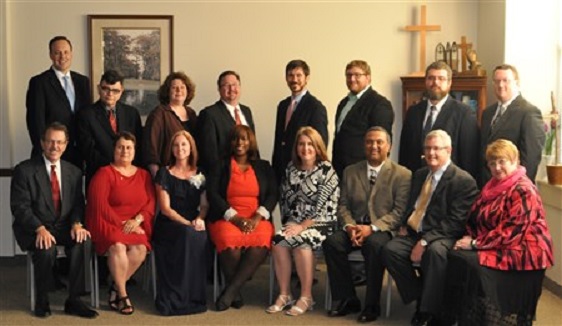 Find pictures of the above mentioned groups and more pictures of exciting happenings at AC2016: Rooted and Grounded on the Conference Facebook page.

The Louisiana Delegation to General Conference 2016 gathered in front of the Annual Conference, sharing their experiences and a GC2016 video wrap-up to the proceedings and events that took place in May. This highlight video captures many of the sights, sounds, and significant outcomes of the event. 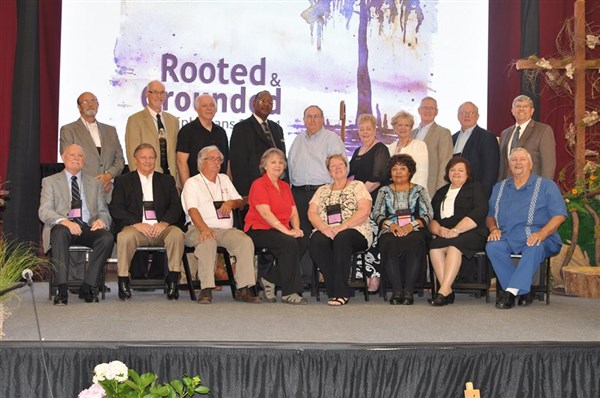 Throughout AC2016, the 2016 Clergy Retirees of the Louisiana Conference have been spotlighted through video messages played during the event. This year’s class of 28 has more than 700 combined years of service in ministry. Click here to view videos for those retirees who were available to be interviewed. 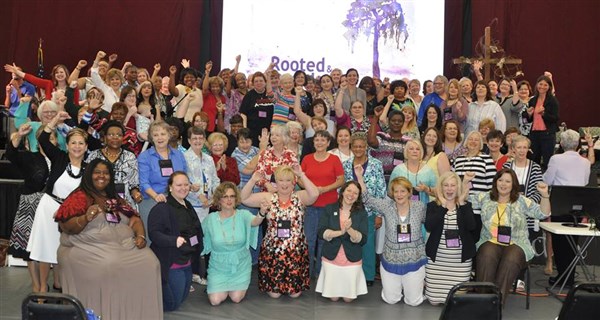 In 1956, the General Conference granted full clergy rights for women. The Louisiana Annual Conference celebrated the 60 year anniversary of that event. 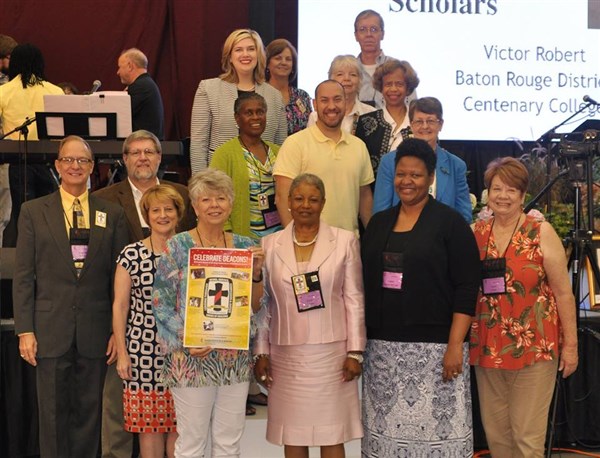 The 20th anniversary of full clergy membership for deacons was also celebrated during AC2016.

During AC2016 it was announced that Project Transformation, a multi-pronged initiative focusing on transforming lives through relationships is coming to the Louisiana Conference. This leadership program for college students focuses on working with children in underserved areas, as college students partner with conference churches to provide the children with academic and spiritual nourishment over the summer. 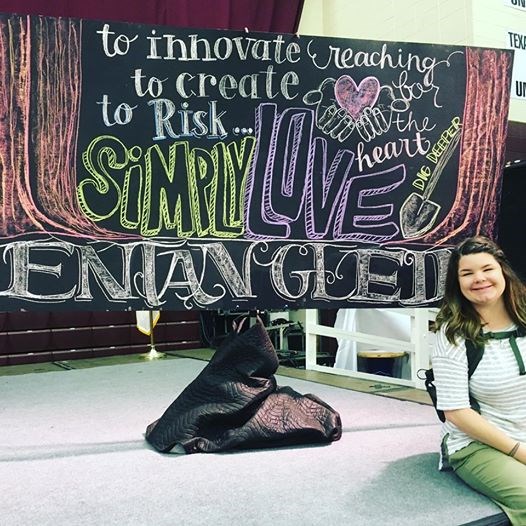 For the second year in a row, Lauren Hudson provided graphic recording in chalk during Louisiana’s Annual Conference. The Zachary native, who has been serving as an intern for the LSU Wesley Foundation in Baton Rouge, is still basking in the excitement of providing her chalk recording at General Conference 2016 during Bishop Cynthia Fierro Harvey’s sermon the morning of May 16 in Portland, Oregon. 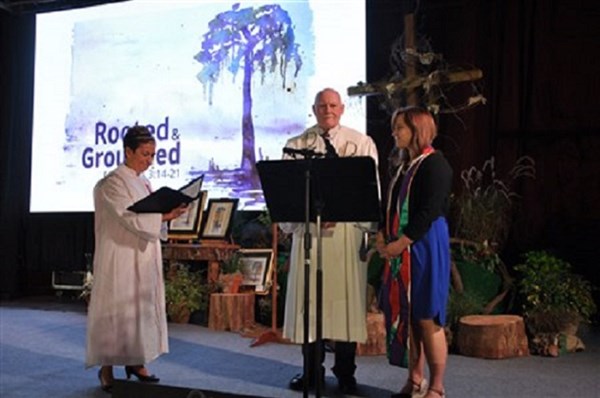 The traditional Passing of the Mantle service was held this morning in the Gold Dome with Rev. Steven Spurlock, current Lake Charles District Superintendent and 2016 Clergy Retiree, passing the mantle to Rev. Marissa Teauseau, 2016 Clergy Ordinand. 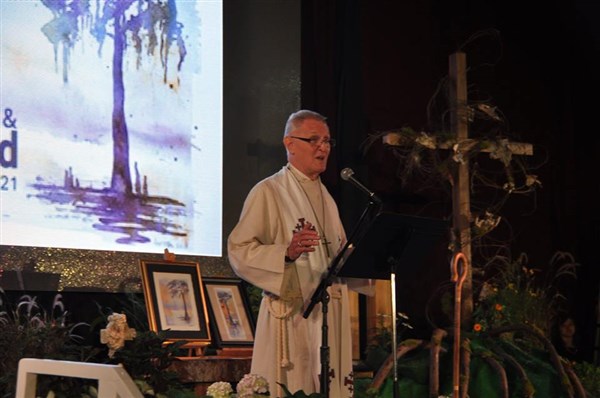 Rev. Don Cottrill, provost and 2016 Clergy Retiree, delivered the sermon for the Celebration of Life (formerly the Memorial Service.) To view names and pictures of those clergy and clergy spouses remembered in the service, click here.

Due to its success last year, there was an encore of the Young Adult Summit during this year’s event. Representatives of the group met before the Annual Conference to share their discussions and hopes for how they can play significant roles in the future of the mission of the Louisiana Annual Conference.

The scripture verse serving as the cornerstone for AC2016: Rooted and Grounded was Ephesians 3:14-21.